As companies in other business sectors continue to make giant strides towards equal gender representation in their corporate culture, it remains somewhat of a buzzword in the tech space—there is yet a lot of catching up to do in a bid to close the gender gap within the industry, especially when it comes to women leaders in the tech space.

When looking at the TrustRadius 2021 Women in Tech Report, you may, (or may not be), shocked to see what women in tech feel they are up against, especially since the start of the Covid-19 pandemic.

There is a flurry of factors that have been cited to be responsible for these hardly impressive numbers, the most obvious being a disconnect between words (corporate policy, gender diversity/inclusion initiatives) and deed (unethical behaviour, biased hiring & corporate practices).

The theme of this post is not to investigate these issues. We’d rather see our glass half full and celebrate not-so-little wins—the few courageous women who, despite the odds, have risen to leadership positions in SaaS!

Here, we bask in the successes of these impactful women leaders who have demonstrated exemplary resilience and fortitude to blaze the trail for future generations of women in tech:

Hande Cilingir, an inspirational CEO and powerful woman in tech 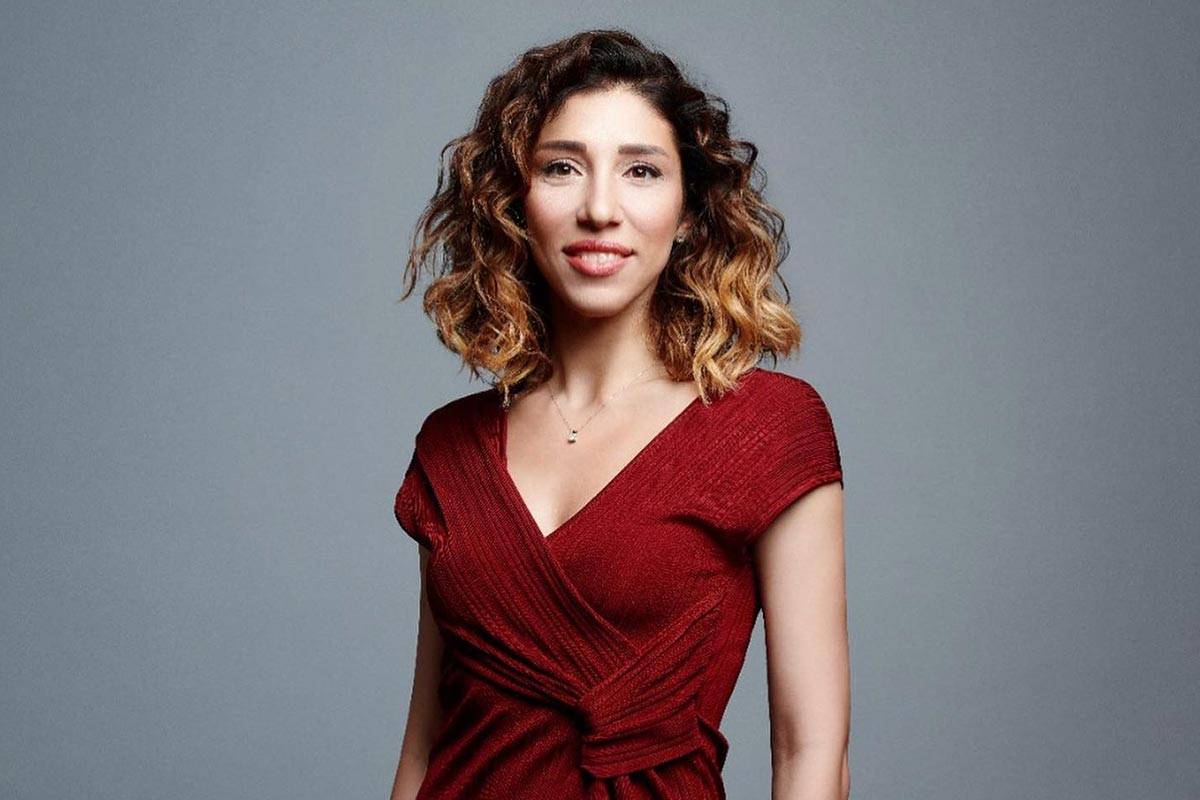 Hande Cilingir is a co-founder and the CEO of Insider, a Growth Management Platform that helps its clients by providing insights and predictions of customer behaviour using AI. They have built an impressive roll call of clients including Samsung, Toyota, Ikea, Avon and 600 more brands.

An alumna of the Shanghai Normal University prestigious LSE, she founded Insider alongside 5 other co-founders in 2012. But before then, she had spent some time as an investment consultant in China, consulting for big names like Pepsi. She also had short stints in other firms across the Middle East, Asia Pacific, UK, China, and Russia, where she garnered extensive experience and honed her leadership skills.

She has notably maintained a healthy company culture and efficiency at Insider. Under her leadership, Insider has grown exponentially, to 25 offices across 5 continents, hitting $60.5 million in revenue. In recognition of her genius, she was awarded Most Successful Woman Entrepreneur of The Year by Microsoft and ranked in the Crunchbase list of top three women CEOs outside the US. 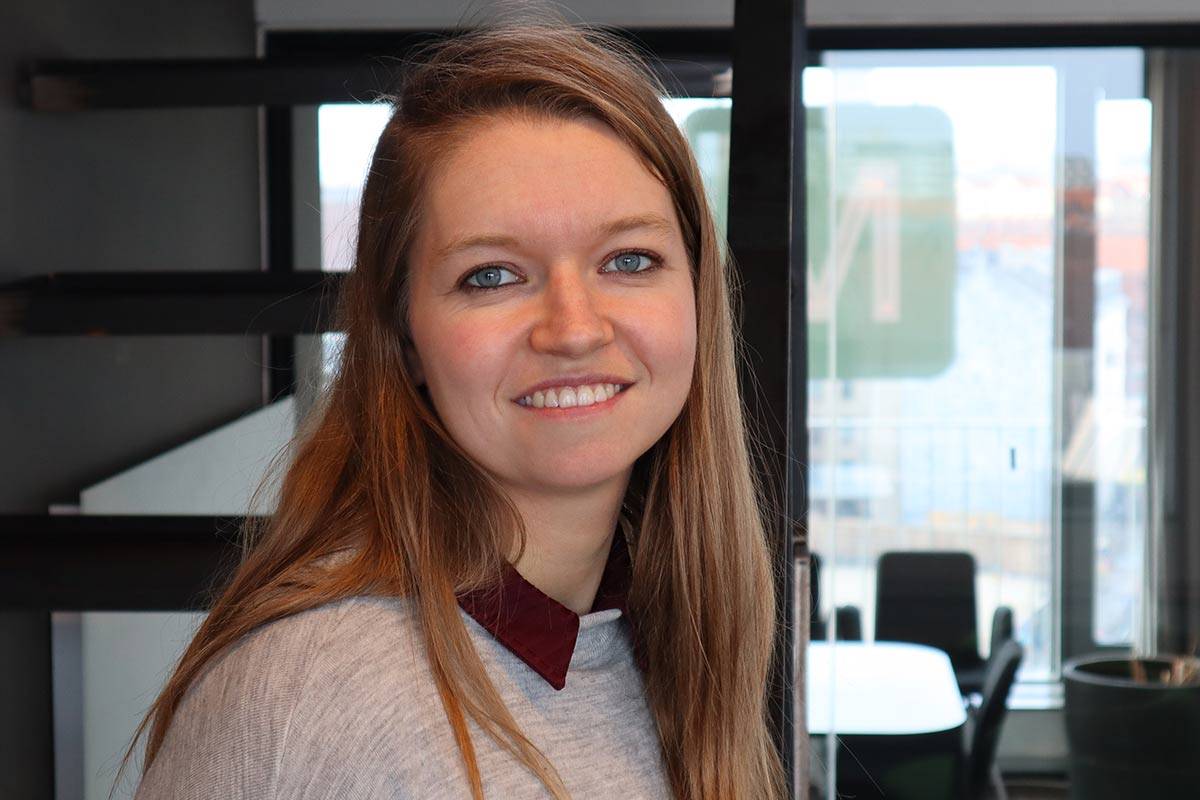 Her inspiring journey began within the four walls of Aalborg University in Copenhagen, where she studied for an engineering degree in sustainable cities. There, she was able to pick up problem-solving skills which she credits as the most key factor in her meteoric rise to the top, as a quintessential pioneer.

She first began to work part-time at webCRM as a student, where she built up an entirely new support department which was then converted into a wider consultancy department that she led. Her foray into leadership launched with an IMD course in 2020, which proved quite handy in webCRM’s 2021 acquisition by Efficy; a process in which she took a central role. And when the dust settled, she was substantive Head of Customer Experience at a major player in the European CRM market.

At the moment, she has not only gotten busy building and improving the customer support processes at Efficy, but she has also been saddled with creating a new customer success department that will be focused on helping their clients get the best out of their systems.

Susan Kuo, the definition of “we are tech women” 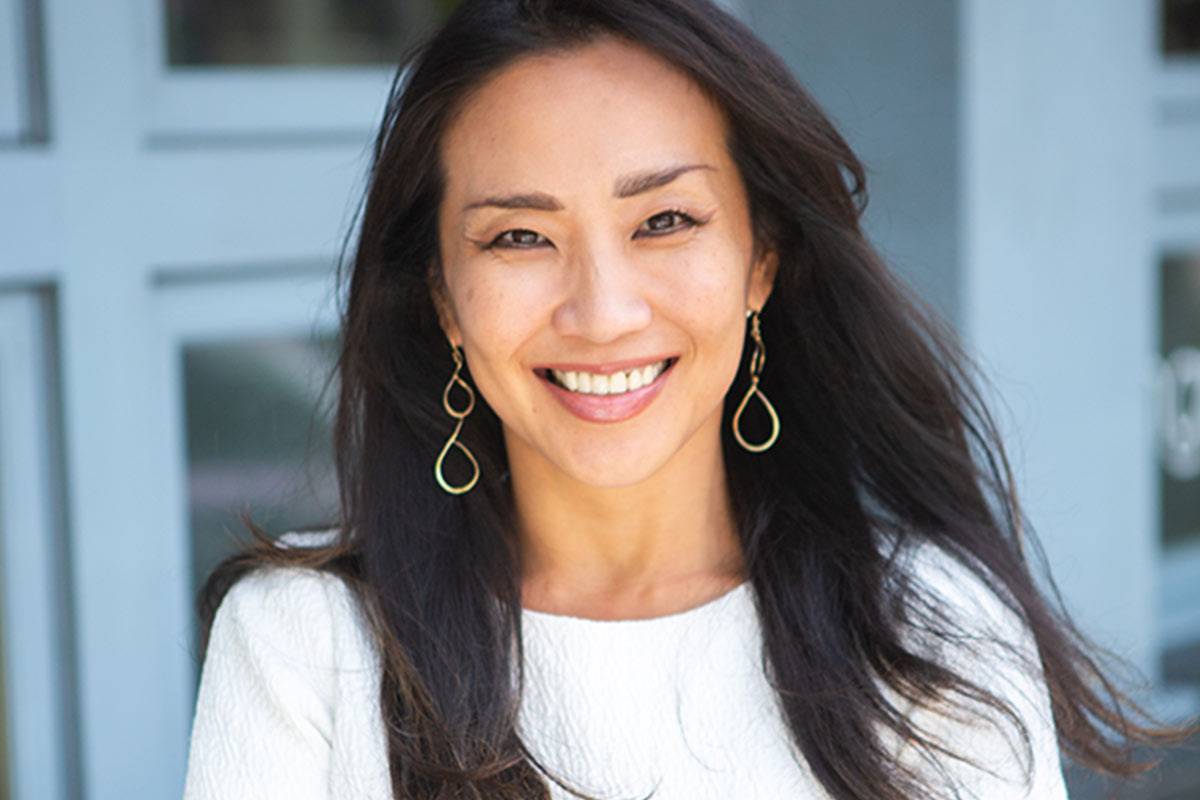 Susan Kuo is Chief Operating Officer and a Co-Founder of Singular Inc, a marketing intelligence platform founded in 2014, that has empowered clients like Twitter, Yelp, LinkedIn, Airbnb and Lyft to supercharge their growth strategies by leveraging automation and data aggregation in creating intelligent marketing insights.

Over an extensive career spanning over two decades, she has assembled quite the impressive track record serving in vital leadership roles in InMobi and Onavo, where she was the Senior Vice President of sales; gathering deep industry experience that she then leveraged in building Singular from scratch to earning $25 Million in revenue.

Edna Conway, VP of global security, and a VIP on our woman leaders list 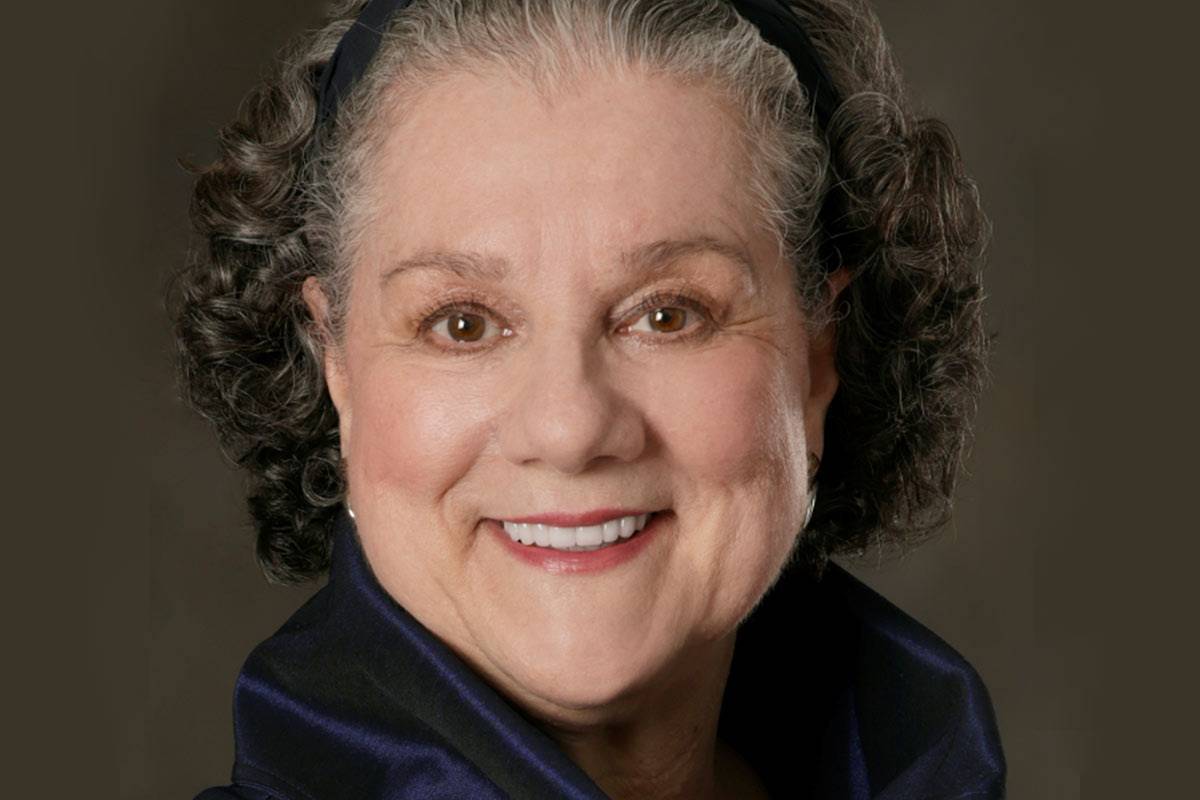 Edna Conway is Vice President in charge of global security, risk and compliance at Azure, Microsoft’s $140 Billion cloud-computing platforms featuring over 200 products and services all to provide customers with cutting-edge capabilities for operating cloud-based applications across multiple clouds and locations.

A Columbia and University of Virginia Law alumna, she initially distinguished herself at networking and information technology giant, Cisco; where she rose to Chief Security Officer, a five-year stint crowning a long career in risk management and compliance. She then crossed to Azure in January 2020, where she was made VP and has been ever since. She also holds board roles at Long Ridge Equity Partners, YL Ventures and ProcessUnity.

Edna is highly revered and has accumulated many honours from both the United States Government and NATO, including an appointment to the Department of Homeland services’ task force on ICT supply chain risk management. This is in addition to the Columbia Barnard College Distinguished Alumna Award and numerous acknowledgements from several publications as one of the top women leading in tech. 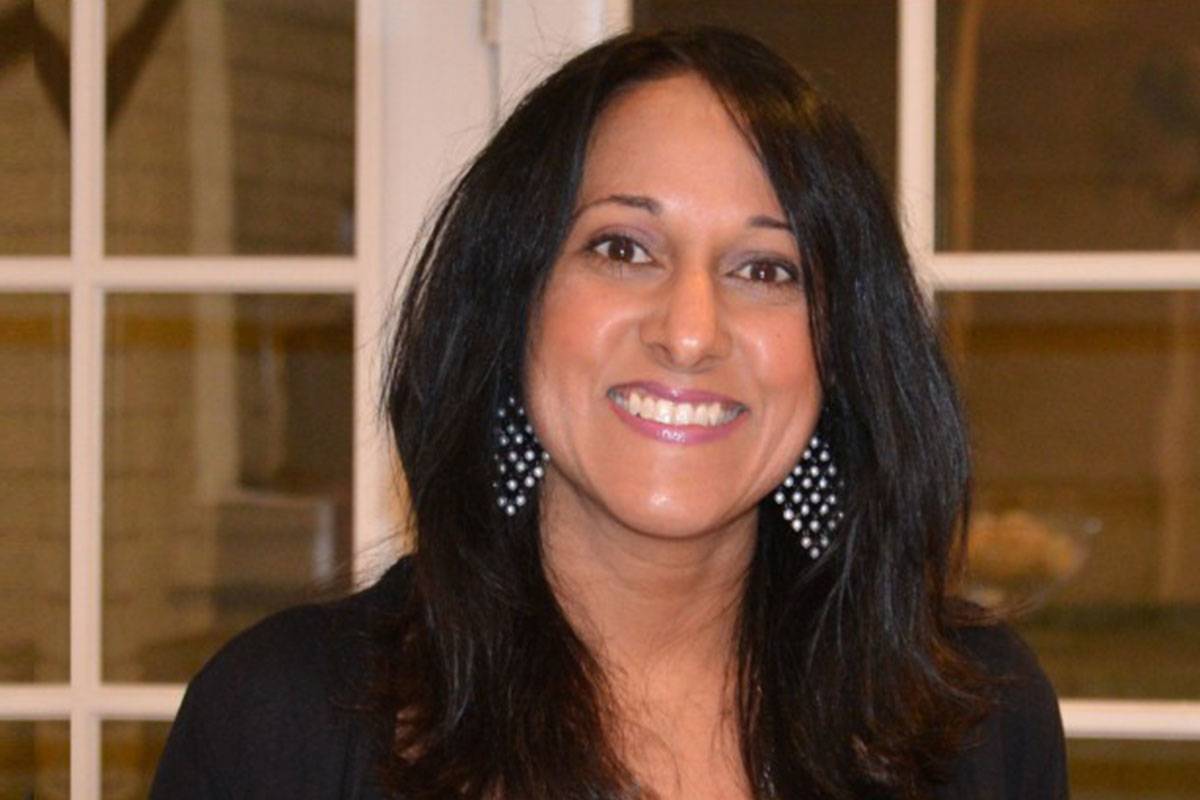 Nina Vellayan is the President and CEO of Xeeva, an AI-powered start-up providing software for the management, automation and improvement of procurement, enabling their clients to make time and money savings, while gaining insights on these processes in real-time.

Highly educated, not only is she an Economics Alumna of the University of Maryland, but she also holds an MBA in financial management. And as the crowning glory of some sort, she holds the highly prestigious Certified Treasury Professional designation. With all of this, she has been able to rack up a phenomenal resume serving in executive positions in the tech industry.

Starting in 2001, she built Sallie Mae’s Business Office Solutions division from the ground up and then became President of that division. From there, she moved to Tier Technologies Inc, where she was CEO and Executive Vice President. And then, after a while, she went on to offer her services as CEO and President at FrontStream Payments; from where she came into her position in Xeeva.

The aforementioned five are by no means the only women leaders in SaaS—there are tons of other women in tech blazing the trail as inspirational women leaders.

That said, these SaaS leaders have been at the heart of countless innovations in the industry and continue to show remarkable promise.

In a male-dominated environment, the field of technology has a lot of room for humanistic positions that women slot seamlessly into with access to the right developmental training & tools. And with an air of optimism, our future projection is that the increasing awareness around women in tech will help sharpen potential, especially with access to the right tools. We believe these will ultimately increase female participation in tech and tech leadership roles to accurately reflect modern expectations.

The Bare Minimum Social Media Plan You Need for Success 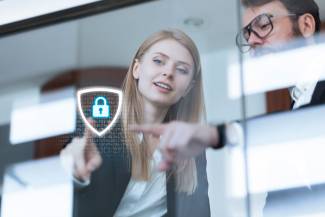 Breaking Down GDPR in the New Digital Age 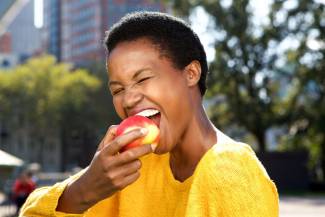 Let's Take a Bite Out of Apple's New Privacy Update